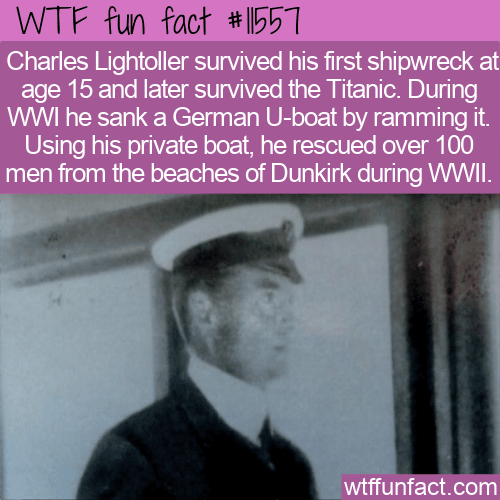 Charles Lightoller survived his first shipwreck at age 15 and later survived the Titanic. During WWI he sank a German U-boat by ramming it. Using his private boat, he rescued over 100 men from the beaches of Dunkirk during WWII. – WTF Fun Facts