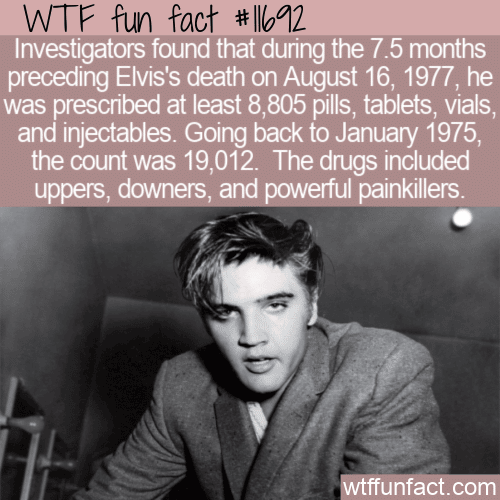 Investigators found that during the 7.5 months preceding Elvis’s death on August 16, 1977, he was prescribed at least 8,805 pills, tablets, vials, and injectables. Going back to January 1975, the count was 19,012. The drugs included uppers, downers, and powerful painkillers. – WTF Fun Facts