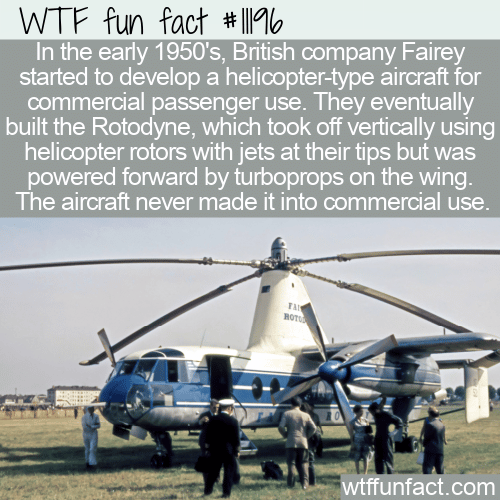 In the early 1950’s, British company Fairey started to develop a helicopter-type aircraft for commercial passenger use. They eventually built the Rotodyne, which took off vertically using helicopter rotors with jets at their tips but was powered forward by turboprops on the wing. The aircraft never made it into commercial use. – WTF Fun Facts