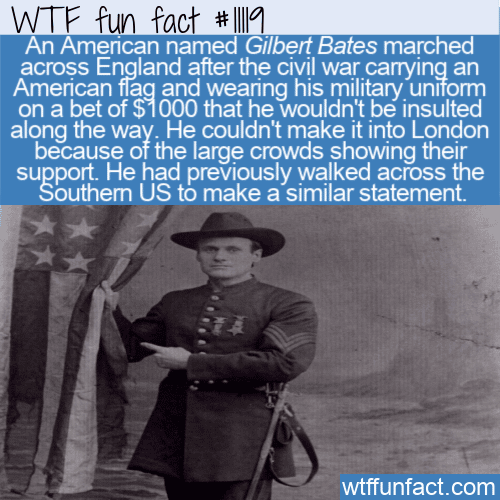 An American named Gilbert Bates marched across England after the civil war carrying an American flag and wearing his military uniform on a bet of $1000 that he wouldn’t be insulted along the way. He couldn’t make it into London because of the large crowds showing their support. He had previously walked across the Southern US to make a similar statement. – WTF Fun Facts