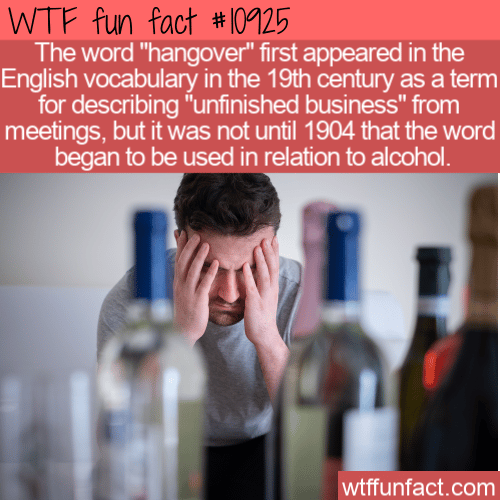 The word “hangover” first appeared in the English vocabulary in the 19th century as a term for describing “unfinished business” from meetings, but it was not until 1904 that the word began to be used in relation to alcohol. – WTF Fun Facts