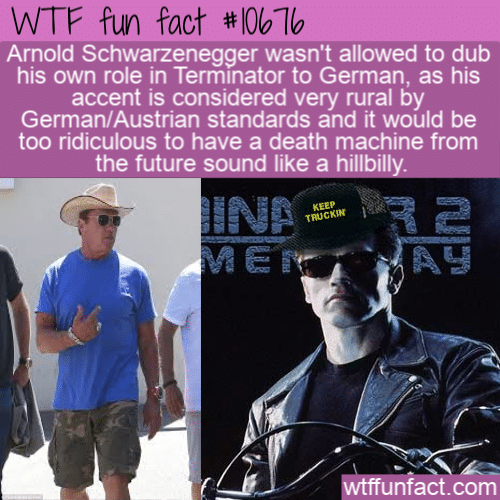 Arnold Schwarzenegger wasn’t allowed to dub his own role in Terminator to German, as his accent is considered very rural by German/Austrian standards and it would be too ridiculous to have a death machine from the future sound like a hillbilly. – WTF Fun Facts