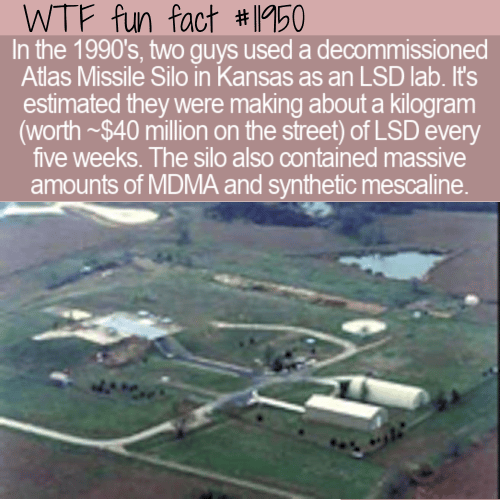 In the 1990’s, two guys used a decommissioned Atlas Missile Silo in Kansas as an LSD lab. It’s estimated they were making about a kilogram (worth ~$40 million on the street) of LSD every five weeks. The silo also contained massive amounts of MDMA and synthetic mescaline. – WTF Fun Facts