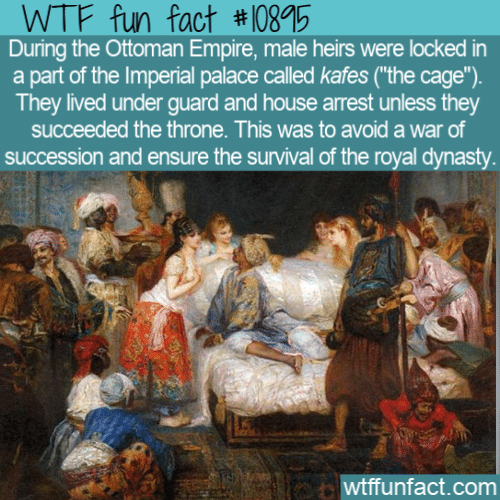 During the Ottoman Empire, male heirs were locked in a part of the Imperial palace called kafes (“the cage”). They lived under guard and house arrest unless they succeeded the throne. This was to avoid a war of succession and ensure the survival of the royal dynasty. – WTF Fun Facts