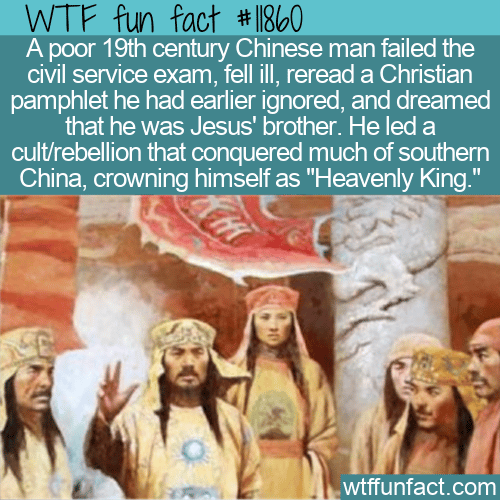 A poor 19th century Chinese man failed the civil service exam, fell ill, reread a Christian pamphlet he had earlier ignored, and dreamed that he was Jesus’ brother. He led a cult/rebellion that conquered much of southern China, crowning himself as “Heavenly King.” – WTF Fun Facts