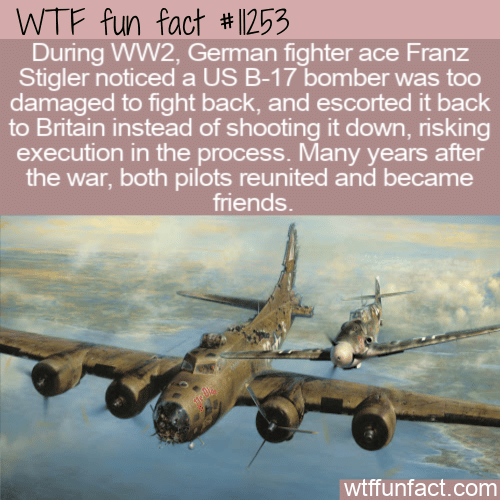 During WW2, German fighter ace Franz Stigler noticed a US B-17 bomber was too damaged to fight back, and escorted it back to Britain instead of shooting it down, risking execution in the process. Many years after the war, both pilots reunited and became friends. – WTF Fun Facts