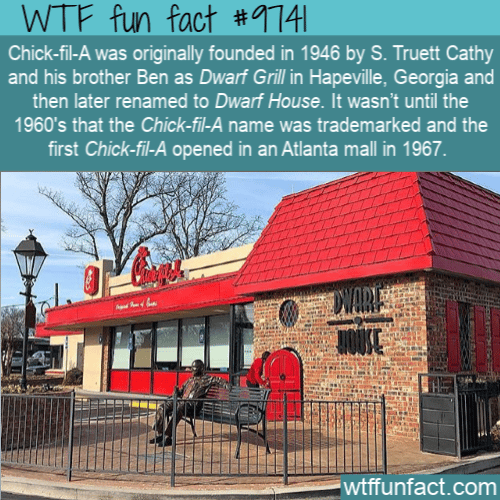 Chick-fil-A was originally founded in 1946 by S. Truett Cathy and his brother Ben as Dwarf Grill in Hapeville, Georgia and then later renamed to Dwarf House. It wasn’t until the 1960’s that the Chick-fil-A name was trademarked and the first Chick-fil-A opened in an Atlanta mall in 1967.