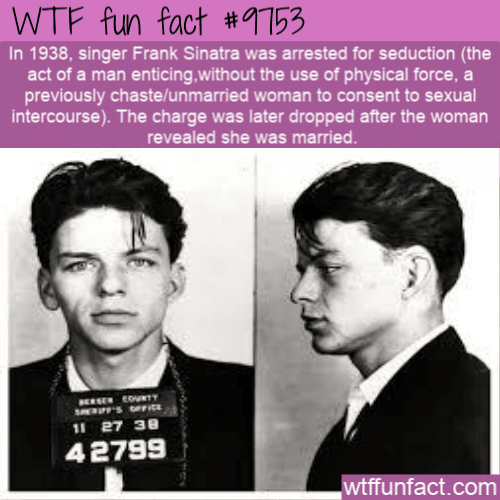 In 1938, singer Frank Sinatra was arrested for seduction (the act of a man enticing,without the use of physical force, a previously chaste/unmarried woman to consent to sexual intercourse). The charge was later dropped after the woman revealed she was married.