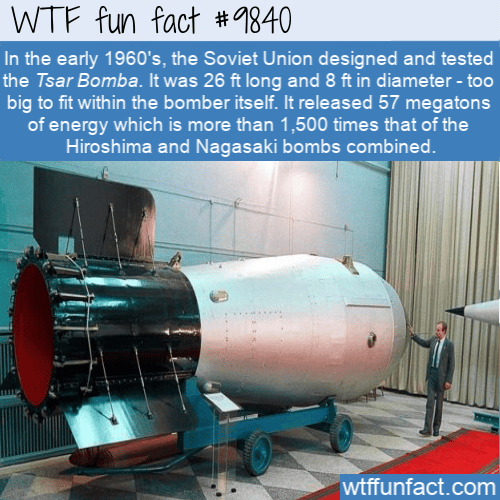 In the early 1960’s, the Soviet Union designed and tested the Tsar Bomba. It was 26 ft long and 8 ft in diameter – too big to fit within the bomber itself. It released 57 megatons of energy which is more than 1,500 times that of the Hiroshima and Nagasaki bombs combined.