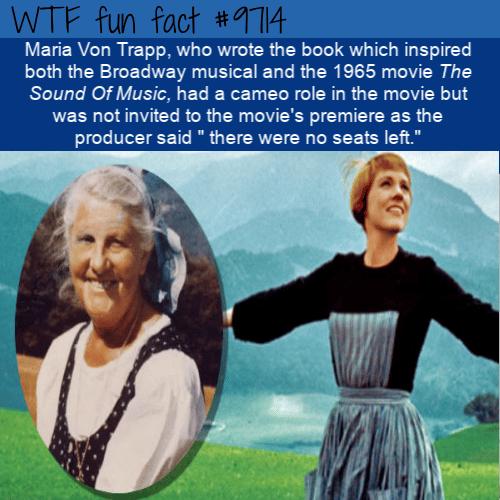 Maria Von Trapp, who wrote the book which inspired both the Broadway musical and the 1965 movie The Sound Of Music, had a cameo role in the movie but was not invited to the movie’s premiere as the producer said “ there were no seats left.”