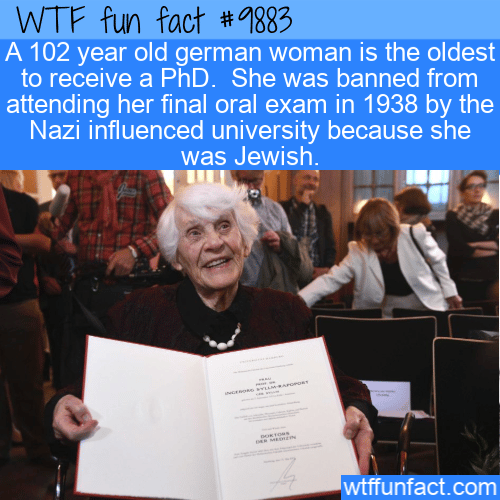 A 102 year old german woman is the oldest to receive a PhD. She was banned from attending her final oral exam in 1938 by the Nazi influenced university because she was Jewish. – WTF Fun Facts