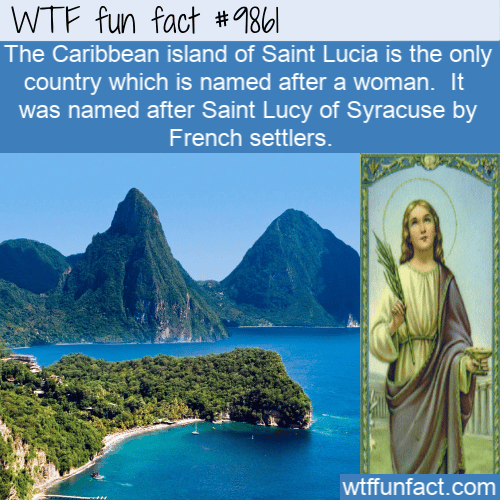 The Caribbean island  of Saint Lucia is the only country which is named after a woman.  It  was named after Saint Lucy of Syracuse by french settlers. – WTF Fun Facts