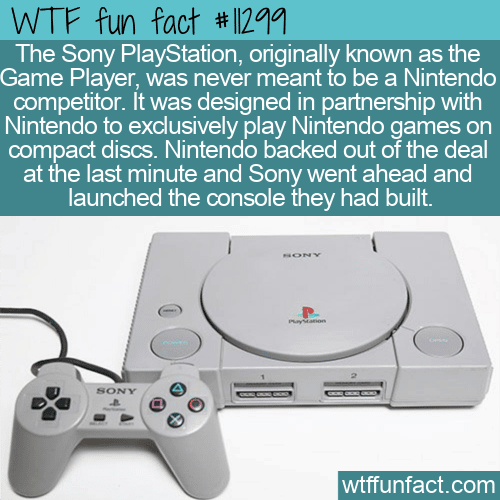 The Sony PlayStation, originally known as the Game Player, was never meant to be a Nintendo competitor. It was designed in partnership with Nintendo to exclusively play Nintendo games on compact discs. Nintendo backed out of the deal at the last minute and Sony went ahead and launched the console they had built. – WTF Fun Facts