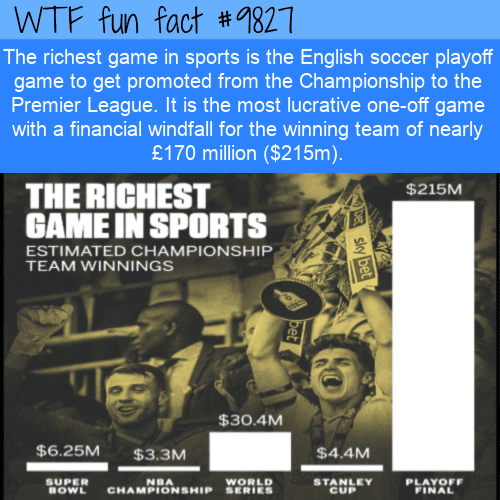 The richest game in sports is the English soccer playoff game to get promoted from the Championship to the Premier League. It is the most lucrative one-off game with a financial windfall for the winning team of nearly £170 million ($215m).
– WTF Fun Facts