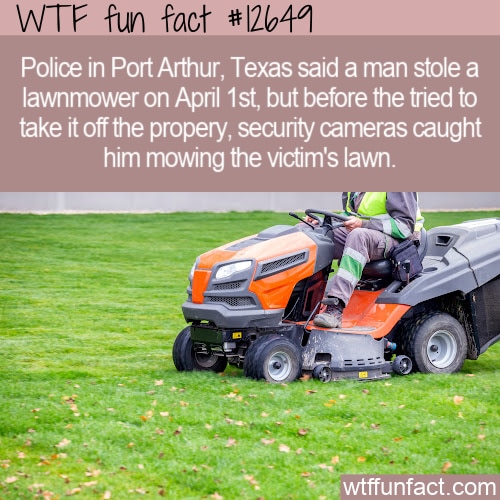 A thief in Texas stole a lawnmower, but the strangest act caught on camera wasn’t the theft itself but rather the footage of him mowing the victim’s lawn before he took off with the equipment.

He mowed both the front and the back!

The Port Arthur Police Department said Marcus Hubbard stole the lawnmower on April 1, but the theft was no joke. Hubbard eventually did make off with the mower. But police arrived on the scene as he was making off with the stolen property and he abandoned it during his attempted escape.

They’re still looking for Hubbard at this point, so secure your mowers if you live in the area!

Check out the unexpected video below: