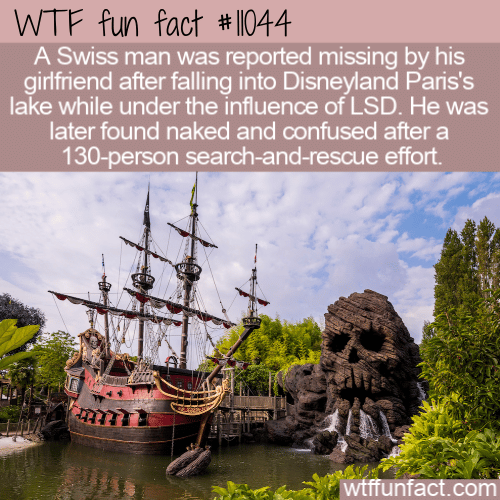 A Swiss man was reported missing by his girlfriend after falling into Disneyland Paris’s lake while under the influence of LSD. He was later found naked and confused after a 130-person search-and-rescue effort. – WTF Fun Facts