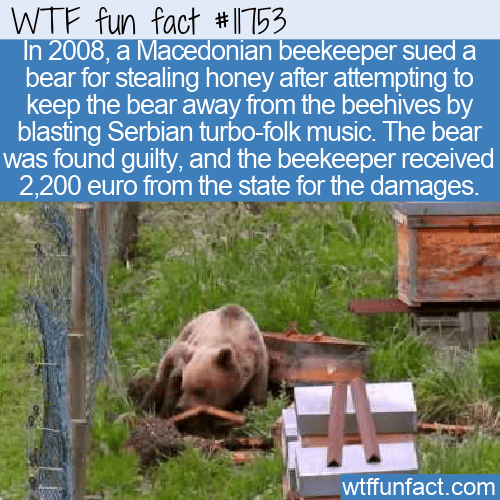 In 2008, a Macedonian beekeeper sued a bear for stealing honey after attempting to keep the bear away from the beehives by blasting Serbian turbo-folk music. The bear was found guilty, and the beekeeper received 2,200 euro from the state for the damages. – WTF Fun Facts