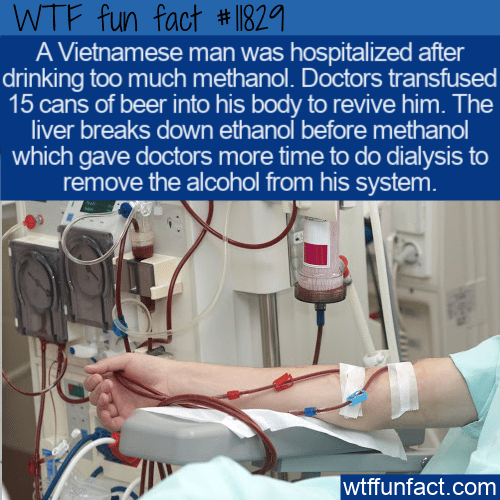 A Vietnamese man was hospitalized after drinking too much methanol. Doctors transfused 15 cans of beer into his body to revive him. The liver breaks down ethanol before methanol which gave doctors more time to do dialysis to remove the alcohol from his system. – WTF Fun Facts