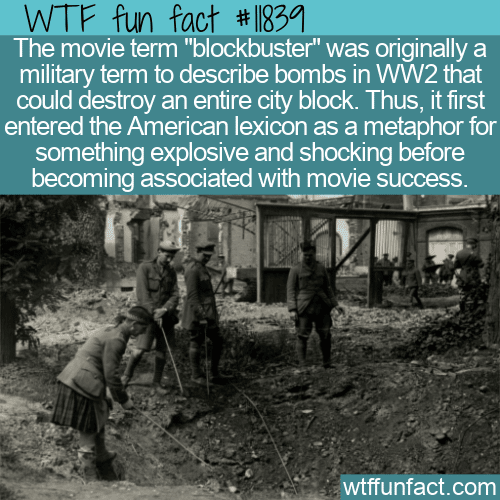 The movie term “blockbuster” was originally a military term to describe bombs in WW2 that could destroy an entire city block. Thus, it first entered the American lexicon as a metaphor for something explosive and shocking before becoming associated with movie success. – WTF Fun Facts