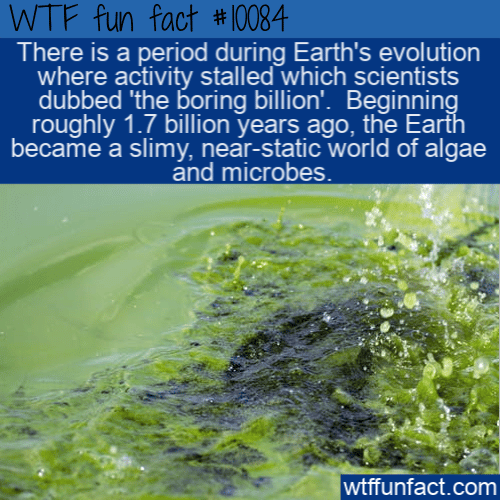 There is a period during Earth’s evolution where activity stalled which scientists dubbed ‘the boring billion’. Beginning roughly 1.7 billion years ago, the Earth became a slimy, near-static world of algae and microbes. – WTF Fun Facts