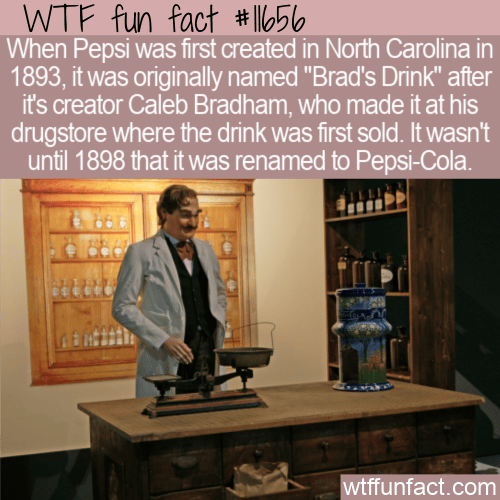 When Pepsi was first created in North Carolina in 1893, it was originally named “Brad’s Drink” after it’s creator Caleb Bradham, who made it at his drugstore where the drink was first sold. It wasn’t until 1898 that it was renamed to Pepsi-Cola. – WTF Fun Facts