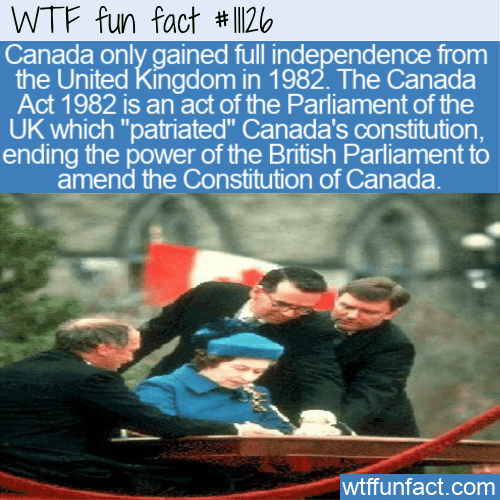 Canada only gained full independence from the United Kingdom in 1982. The Canada Act 1982 is an act of the Parliament of the UK which “patriated” Canada’s constitution, ending the power of the British Parliament to amend the Constitution of Canada. – WTF Fun Facts