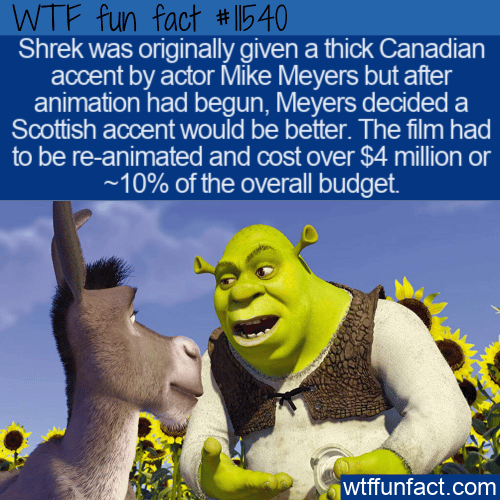 Shrek was originally given a thick Canadian accent by actor Mike Meyers but after animation had begun, Meyers decided a Scottish accent would be better. The film had to be re-animated and cost over $4 million or ~10% of the overall budget. – WTF Fun Facts