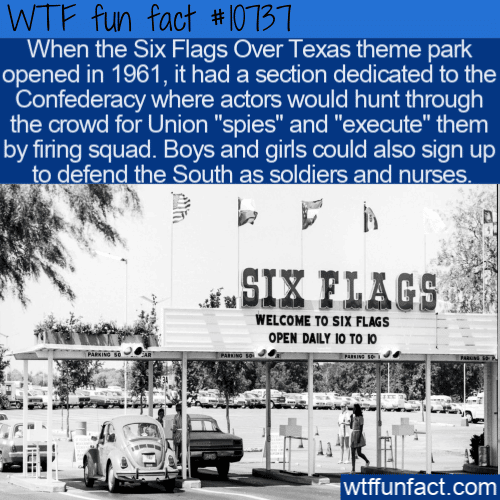 When the Six Flags Over Texas theme park opened in 1961, it had a section dedicated to the Confederacy where actors would hunt through the crowd for Union “spies” and “execute” them by firing squad. Boys and girls could also sign up to defend the South as soldiers and nurses. – WTF Fun Facts