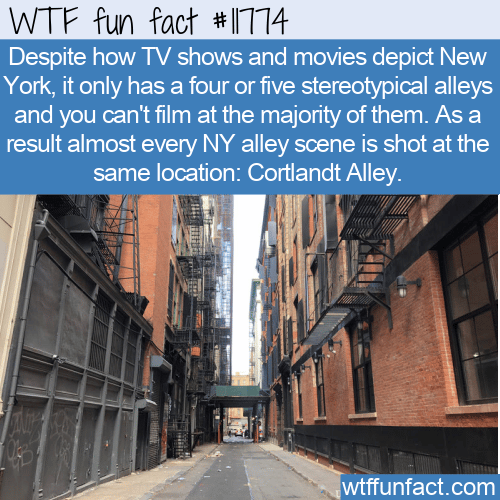 Despite how TV shows and movies depict New York, it only has a four or five stereotypical alleys and you can’t film at the majority of them. As a result almost every NY alley scene is shot at the same location: Cortlandt Alley. – WTF Fun Facts

Source: New York Through the Eyes of a Film Location Scout – Bloomberg