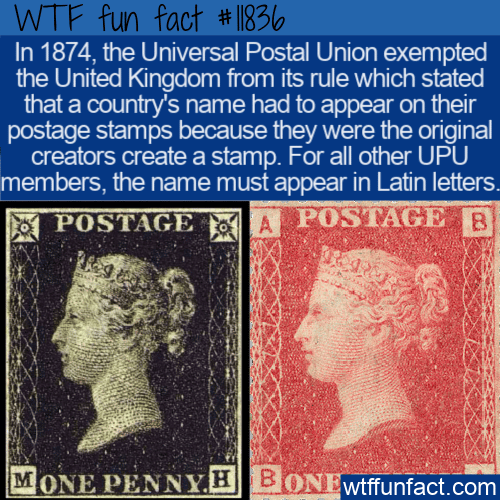 In 1874, the Universal Postal Union exempted the United Kingdom from its rule which stated that a country’s name had to appear on their postage stamps because they were the original creators create a stamp. For all other UPU members, the name must appear in Latin letters. – WTF Fun Facts