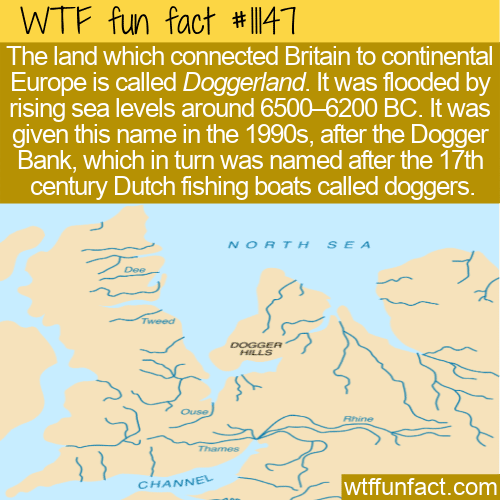 The land which connected Britain to continental Europe is called Doggerland. It was flooded by rising sea levels around 6500–6200 BC. It was given this name in the 1990s, after the Dogger Bank, which in turn was named after the 17th century Dutch fishing boats called doggers. – WTF Fun Facts