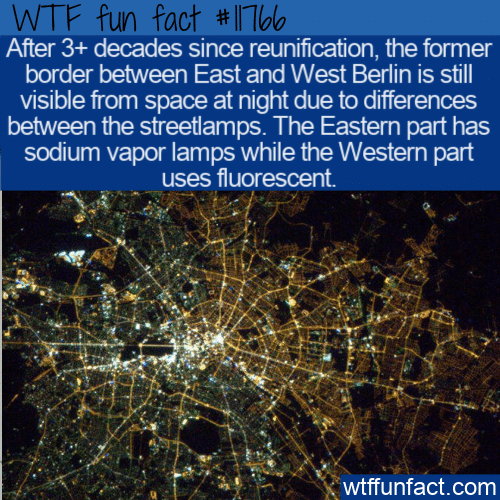 After 3+ decades since reunification, the former border between East and West Berlin is still visible from space at night due to differences between the streetlamps. The Eastern part has sodium vapor lamps while the Western part uses fluorescent. – WTF Fun Facts