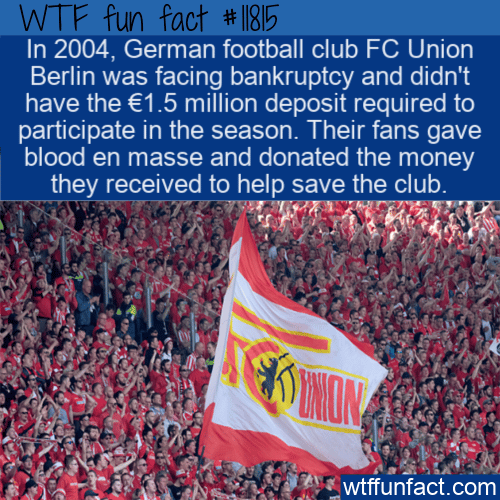 In 2004, German football club FC Union Berlin was facing bankruptcy and didn’t have the €1.5 million deposit required to participate in the season. Their fans gave blood en masse and donated the money they received to help save the club. – WTF Fun Facts