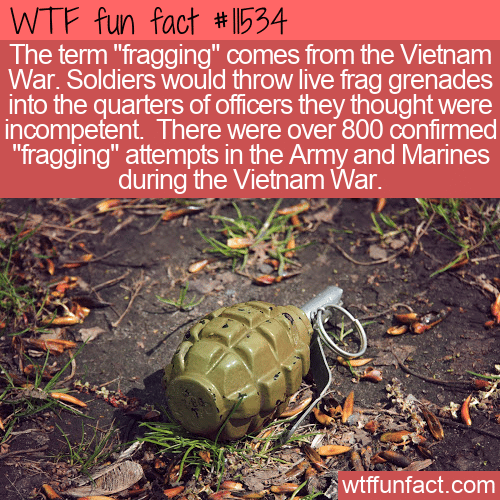 The term “fragging” comes from the Vietnam War. Soldiers would throw live frag grenades into the quarters of officers they thought were incompetent. There were over 800 confirmed “fragging” attempts in the Army and Marines during the Vietnam War. – WTF Fun Facts

Source: “Fragging” – In Vietnam, Some Officers Claimed To Have Feared Being Deliberately Killed By Their Own Men (warhistoryonline.com)