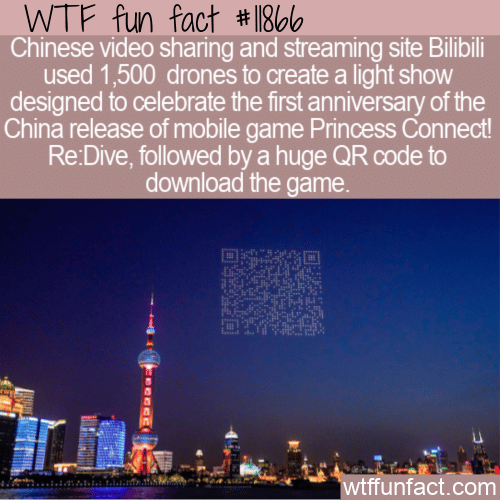 Source: The future of advertising is here, and it’s a giant QR code formed by drones flying over Shanghai – SupChina