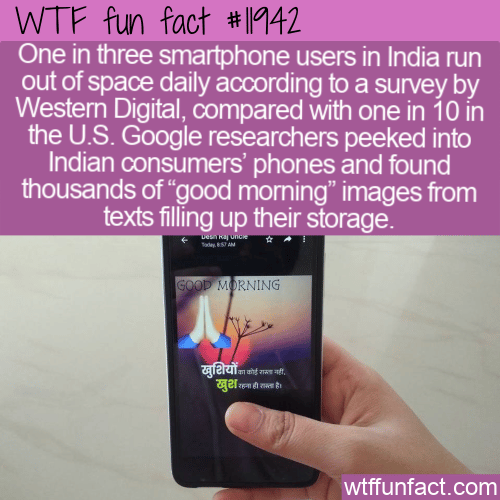 One in three smartphone users in India run out of space daily according to a survey by Western Digital, compared with one in 10 in the U.S. Google researchers peeked into Indian consumers’ phones and found thousands of “good morning” images from texts filling up their storage. – WTF Fun Facts

Source: The Internet Is Filling Up Because Indians Are Sending Millions of ‘Good Morning!’ Texts – WSJ