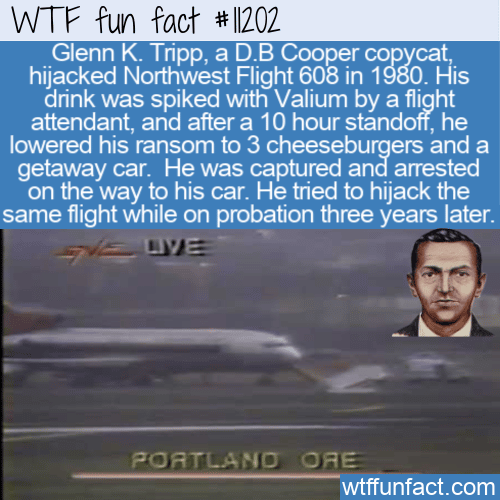 Glenn K. Tripp, a D.B. Cooper copycat, hijacked Northwest Flight 608 in 1980. His drink was spiked with Valium by a flight attendant, and after a 10 hour standoff, he lowered his ransom to 3 cheeseburgers and a getaway car. He was captured and arrested on the way to his car. He tried to hijack the same flight while on probation three years later. – WTF Fun Facts