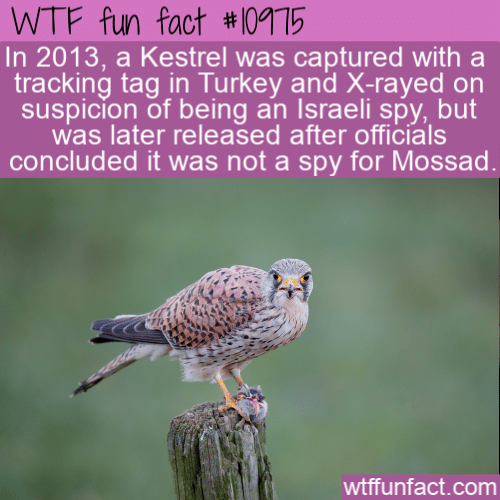 In 2013, a Kestrel was captured with a tracking tag in Turkey and X-rayed on suspicion of being an Israeli spy, but was later released after officials concluded it was not a spy for Mossad. – WTF Fun Facts