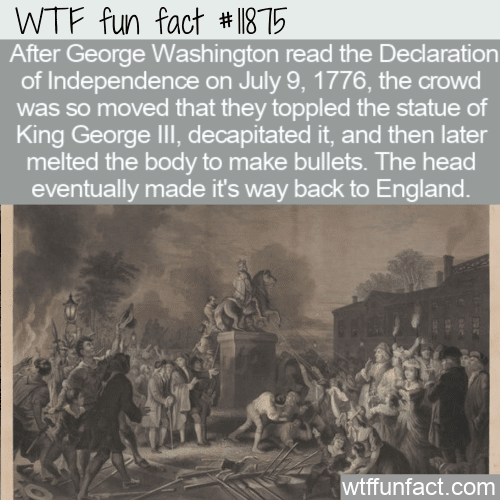 After George Washington read the Declaration of Independence on July 9, 1776, the crowd was so moved that they toppled the statue of King George III, decapitated it, and then later melted the body to make bullets. The head eventually made it’s way back to England. – WTF Fun Facts