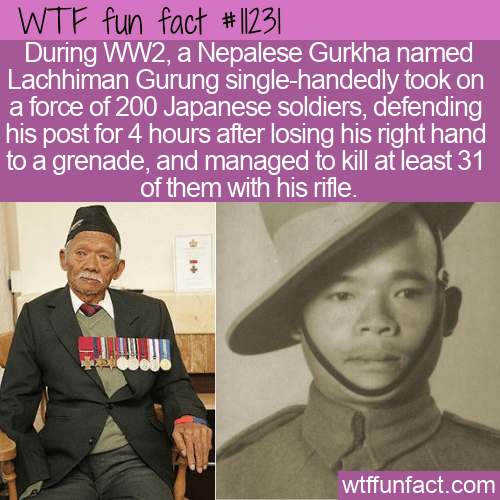 During WW2, a Nepalese Gurkha named Lachhiman Gurung single-handedly took on a force of 200 Japanese soldiers, defending his post for 4 hours after losing his right hand to a grenade, and managed to kill at least 31 of them with his rifle. – WTF Fun Facts