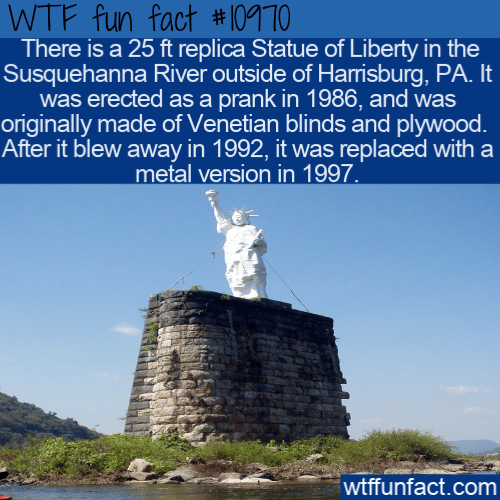 There is a 25 ft replica Statue of Liberty in the Susquehanna River outside of Harrisburg, PA. It was erected as a prank in 1986, and was originally made of Venetian blinds and plywood. After it blew away in 1992, it was replaced with a metal version in 1997. – WTF Fun Facts