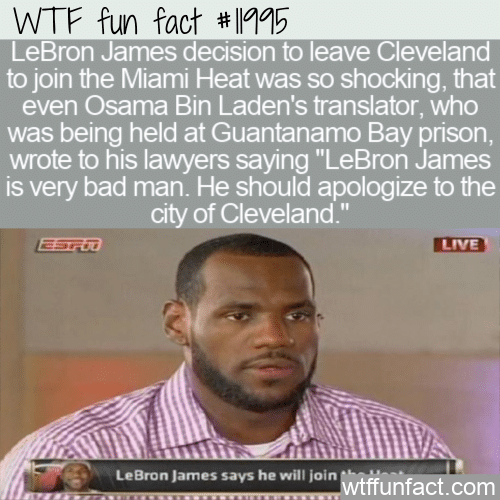 LeBron James decision to leave Cleveland to join the Miami Heat was so shocking, that even Osama Bin Laden’s translator, who was being held at Guantanamo Bay prison, wrote to his lawyers saying “LeBron James is very bad man. He should apologize to the city of Cleveland.” – WTF Fun Facts