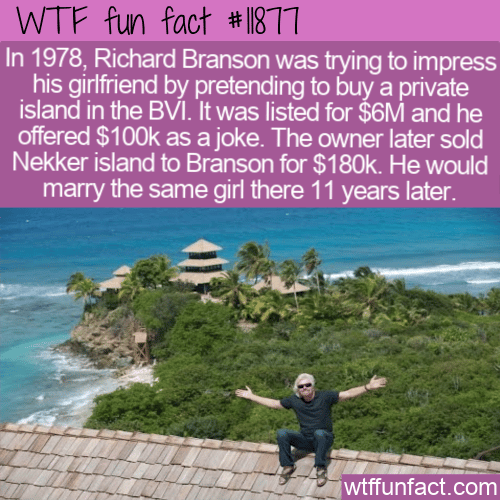 In 1978, Richard Branson was trying to impress his girlfriend by pretending to buy a private island in the BVI. It was listed for $6M and he offered $100k as a joke. The owner later sold Nekker island to Branson for $180k. He would marry the same girl there 11 years later. – WTF Fun Facts