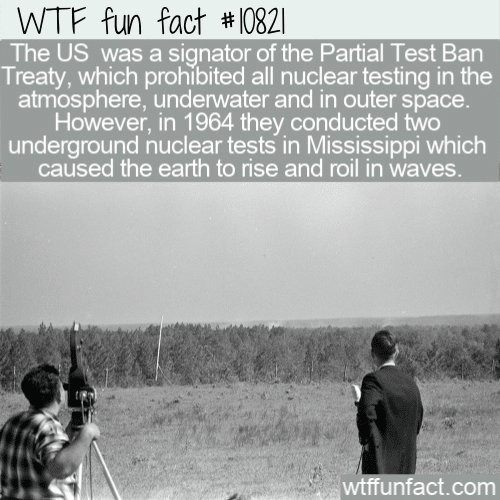 The US was a signator of the Partial Test Ban Treaty, which prohibited all nuclear testing in the atmosphere, underwater and in outer space. However, in 1964 they conducted two underground nuclear tests in Mississippi which caused the earth to rise and roil in waves. – WTF Fun Facts