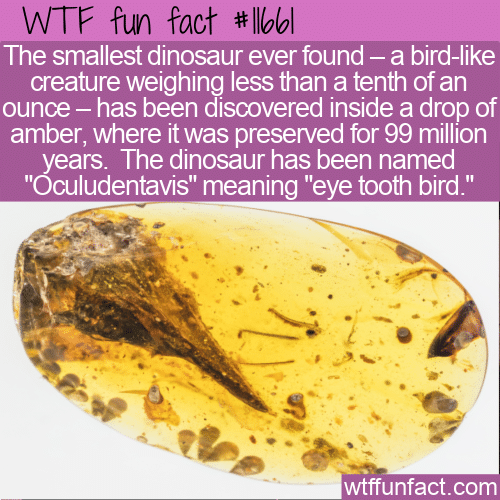 The smallest dinosaur ever found – a bird-like creature weighing less than a tenth of an ounce – has been discovered inside a drop of amber, where it was preserved for 99 million years. The dinosaur has been named “Oculudentavis” meaning “eye tooth bird.” – WTF Fun Facts