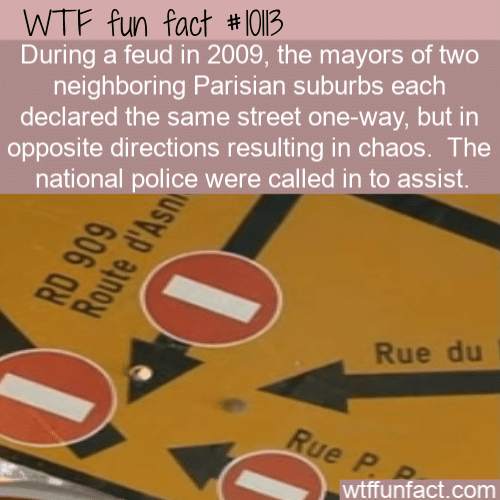 During a feud in 2009, the mayors of two neighboring Parisian suburbs each declared the same street one-way, but in opposite directions – resulting in chaos. The national police were called in to assist. – WTF Fun Facts