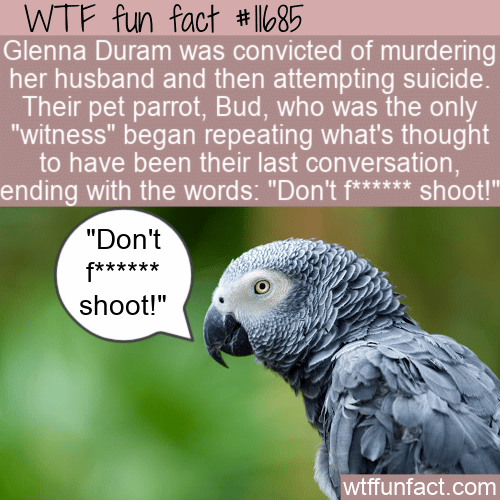 Glenna Duram was convicted of murdering her husband and then attempting suicide. Their pet parrot, Bud, who was the only “witness” began repeating what’s thought to have been their last conversation, ending with the words: “Don’t f****** shoot!” – WTF Fun Facts