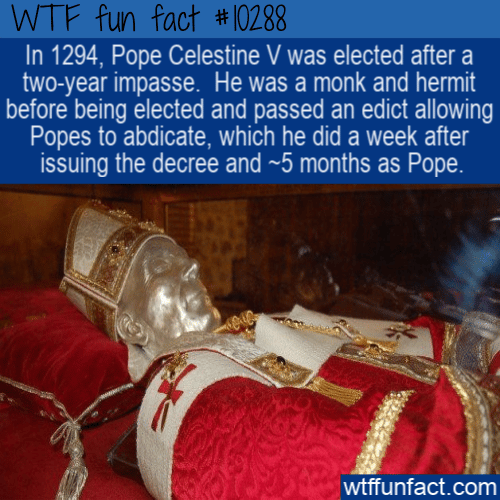 In 1294, Pope Celestine V was elected after a two-year impasse. He was a monk and hermit before being elected and passed an edict allowing Popes to abdicate, which he did a week after issuing the decree and ~5 months as Pope. – WTF Fun Facts