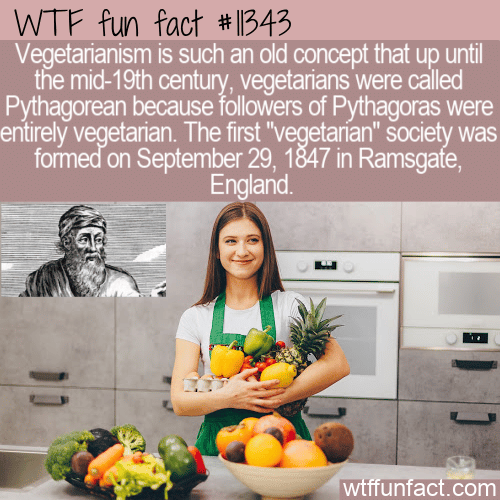 Vegetarianism is such an old concept that up until the mid-19th century, vegetarians were called Pythagorean because followers of Pythagoras were entirely vegetarian. The first “vegetarian” society was formed on September 29, 1847 in Ramsgate, England. – WTF Fun Facts