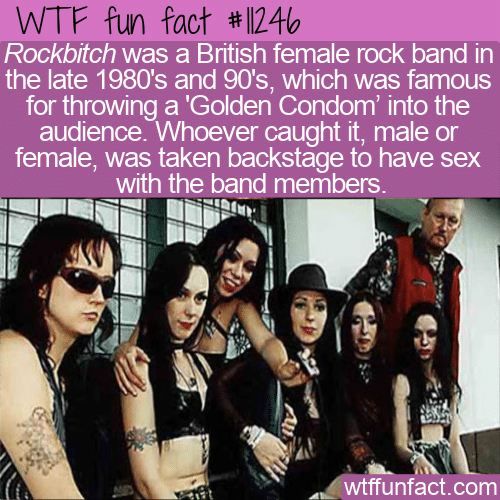 Rockbitch was a British female rock band in the late 1980’s and 90’s, which was famous for throwing a ‘Golden Condom’ into the audience. Whoever caught it, male or female, was taken backstage to have sex with the band members. – WTF Fun Facts